ASAMANI, THE FIRST AFRICAN GOVERNOR OF THE CHRISTIANBURG CASTLE (1693-1694)

I first heard about Asamani in primary school history, as the man who conquered the Christiansburg (Osu) Castle from the Danes in 1673 and served as its Governor for a year. I do not know of any major monument that has been named after him, and he is definitely not as popular in Ghanaian folklore as, for instance, Asante Kings.

The writings about him appear fractured and various writers give different accounts of what he achieved. It is from a few of these sources that I have pieced this together.

Who was Asamani?
Asamani was from Akwamu. In one version of the history, he was employed as a cook in the English forts in Accra and spent a lot of time learning the ways of the Europeans. Soon, he became an established trader in Accra, and was a broker for Akwamu traders who came to Accra to trade with the Danes, who owned and operated from the Castle.

His rise as a businessman coincided with strife between Akwamu on the one hand and the Gas and the Danes, on the other hand, over who should have control over trading on the coast. In the 1670s, Akwamu attacked Accra, but that was foiled by the Gas with the support of the Danes.

The pride of the Akwamu King was irreparably bruised. He could neither forgive nor forget what had happened to him, and therefore sought ways to revenge his defeat. He commissioned the prominent Accra-based Akwamu businessman, Asomani, to put this plot into effect.

In another version of the history, Asomani was a troublesome and fierce general of the Akwamu army, who had led raids against the Ga, the Akyems and the Akwapims.

The Capture of the Castle
What is however clear is that it took Asomani some time to come up with a plan that would bring his King’s wishes to fruition. Asomani kept a keen and close eye on the Castle and in 1693, he determined that it was time to invade and capture the Castle. In that year, the Danish occupants of the Castle had been reduced by death and disease, and were in no position to offer any serious resistance to any invasion.

That, to Asomani, was the best time to strike. He put together a fighting force of some 80 men, and disguised them as merchants who wanted to buy in arms. But they had concealed bullets in their cloth, and once they had been allowed entry into the Castle and given access to the armory to inspect the guns, they loaded the guns with the bullets. They turned the guns on the Danes, who quickly surrendered.

The Governor is said to have escaped, wounded to the nearby Dutch fort called Crevecceur. But according to Akwamu accounts, Asamani killed him. The remaining Danes were captured and sent to Akwamu as captives.

He hoisted his personal flag (a white flag with a black warrior insignia) over the Castle, and announced and installed himself as the “Governor of Christiansburg Castle.” He then extended friendship to all traders along the coast, irrespective of their nationality (especially the English and the Dutch). 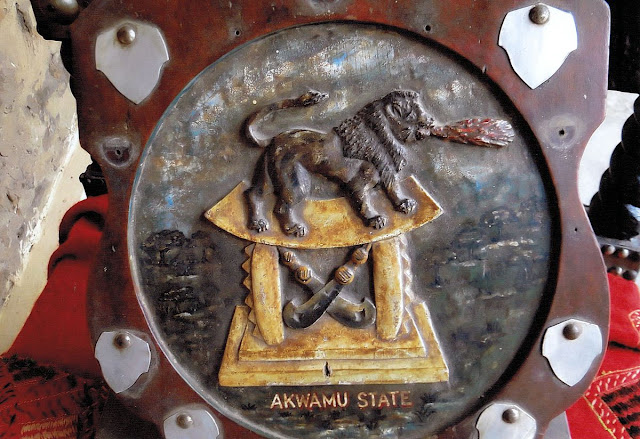 He had a peculiar love for guns and cannons and is said to have welcomed all ships approaching his Castle by firing the cannons. He is said to have entertained captains of trade ships to expensive, elaborate dinners, and he appeared at such dinners in the full dress of a Danish Governor.

The End of the Governorship

There are at least three versions of how his rule as Governor ended in 1694. In one version, he sold the fort back to the Danes for 50 marks of gold (worth about £300,000 today. In a second version, the Danes sent an expedition to capture the Castle, but the obviously scared expedition force could only camp at Fort Crevecceur and negotiate with the Governor from there.

In yet another version, he was out-manoeuvred by his King, Basua, who took 100 marks of gold as a ransom for the captives and for the return of the Castle’ and then ordered Asamani to hand the Castle over to the Danes.

Without knowing which version is accurate, what is true is that in 1694, Asomani peacefully ceded the Castle to the Danes.

What is significant (and is the key lesson), for me, is that Asamani did not slip into oblivion thereafter. He took full advantage of his newly-acquired status, wealth, friendships and contacts, and re-established himself as a successful business man at Labadi.

He had kept all the money he made while as Governor, refused to pay reparations to the Danes, and invested that money in his new, expanding business. He remained a thorn in the side of the Danes by diverting a lot of business from the Danes to himself.

The Danes are reported to have made at least one unsuccessful attempt to force him out of Labadi. When that failed, they put pressure on a new Akwamu King, Ado, who succeeded in forcing Asamani to move his business empire to Ningo. He eventually wound up his business, resettled in Akwamu, and in 1703, became a minor chief.

As a chief, he is said to have lived in some colour and style. He built a palace and mounted on it, his favourite cannon. Foreign visitors still came to pay him visits and homage, and with every such visitor, he would fire the cannon as a welcome. He became known for his prodigious use of gun powder.

Somehow, after 1704, he disappeared from European records, and that is the last that we read of him, because this part of our history was written by the Europeans, who obviously lost interest in what he had become, a chief of a small town.

The keys to the Castle, which he seized when he invaded, are still in the Akwamu Palace.

Popular posts from this blog 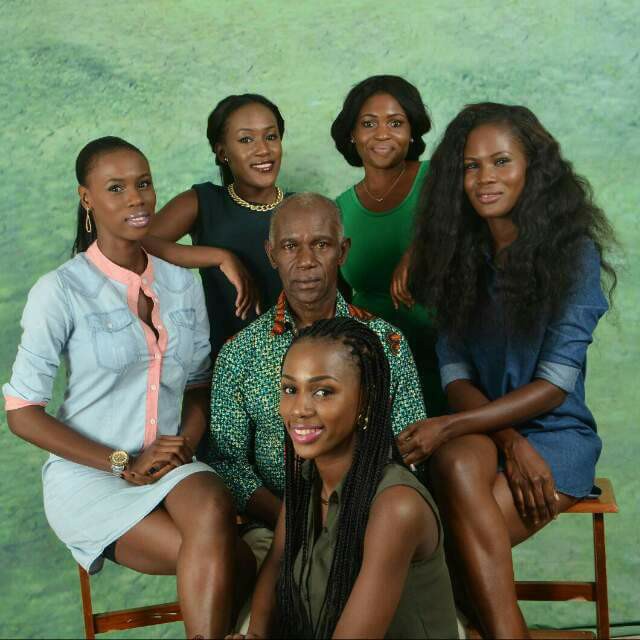 "I need to make a formal complaint about the manner in which my nieces’ were detained overnight at the Adenta Police Station cells on the night of 2nd February, 2018. My problem is who to send it to? Is it the IGP, the Chief Justice or the Attorney General? Is it to CHRAJ? Coach Herbert Addo [late] and his 5 embattled daughters Who can act to correct this on-going injustice with speed? Are we so powerless when it gets to these issues and should resign ourselves to our fate in Ghana? I am at a total loss this morning. My nieces are the daughters of the late Coach Herbert Addo. Since his demise, the children have had an on-going problem with their stepmother who married their father a few months before he died. A physical fight with her a few weeks resulted in them being arraigned before the Adenta Magistrate Court yesterday. The Judge advised that the case be settled within the family and both sides apparently agreed to appear on the 14th of March, 2018 to report
Read more

“JERRY RAWLINGS’ BULLDOZER,” WHERE ART THOU? 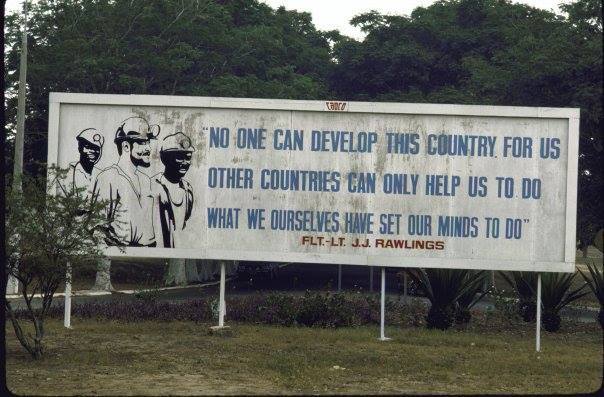 Opposition leader Nana Akufo Addo and his party, every means possible and for political capital took advantage of every other disaster that occurred under President John Mahama.  Assigns of the opposition leader would always blame the unfortunate situations on leadership. With particular reference to June 3rd disaster, Rev Owusu Bempah’s verdict was that a country that has an evil leader, calamities of such nature it suffers.   Former President JJ Rawlings It has never crossed our minds that in just 10 months such sad situations would inundate us under President Akufo Addo and his competent team having the likes of Owusu Bempah as intercessors. By the last count just through a cursory; Kitampo water falls disaster, mysterious vehicular accidents and deaths, Tema/Trade Fair/Takoradi/ Atomic junction gas explosions. Two other; restaurant and bakery related explosions were reported in Sunyani and Mankessim. Atomic Junction gas explosion site That some of the e
Read more

THE PROPHET THAT IS NOT APPRECIATED BY HER OWN 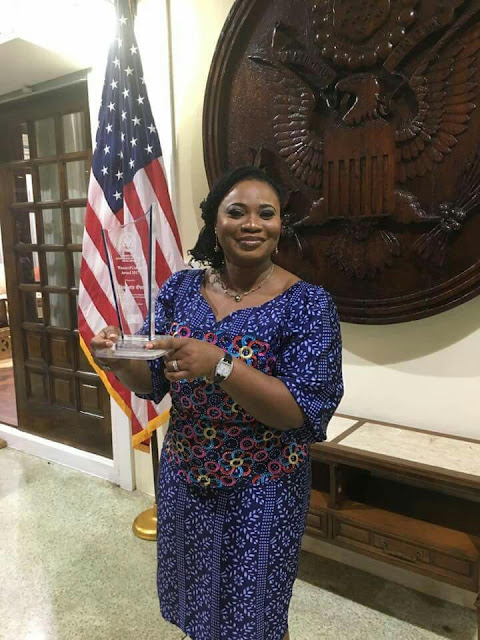 I am really beginning to get appalled by what the new Chairperson of the Electoral Commission [EC], Mrs. Charlotte Osei is being subjected to by elements in the main opposition party, NPP. Having her as a totally new person occupying such a huge seat left by Dr Afari Djan, what she requires is encouragement, support, guidance and protection, not cynicism, insults and ridicules. 2015 Two years on, after the successful organization of the 2016 polls, attempts are rife to soil her hard won reputation and demoralize her. The USA in the midst of it found it necessary to award her for a yeoman’s job. Ours seemed a perpetual case of a prophet not being appreciated by his own. God's guidance I seek for her. Below is her acceptance speech. WOMAN OF COURAGE AWARD ACCEPTANCE SPEECH BY MRS. CHARLOTTE OSEI, CHAIR, ELECTORAL COMMISSION  US AMBASSADOR’S RESIDENCE, ACCRA AUGUST 22, 2017 Your Excellency Robert P. Jackson, Ambassador of the United States to
Read more